WASHINGTON (The Hill) – Two people who helped plan the pro-Trump rallies that took place in Washington, D.C., ahead of the Capitol riot on Jan. 6 say members of Congress and the White House helped plan the protest that turned violent.

The two people spoke to Rolling Stone for a report published Sunday evening. Neither of the sources were identified, though Rolling Stone described one as a “rally organizer” and another as a “planner.”

The sources said they took part in “dozens” of planning briefings before the Jan. 6 rally where Trump spoke. That rally ended with protesters marching to the Capitol, where they overwhelmed Capitol Police and invaded the building, interrupting the counting of Electoral College votes by a joint session of Congress. Five deaths were connected the the violence.


How Congress is investigating the January 6 Capitol riot

Both organizers also told the magazine that Mark Meadows, who was serving as then-President Trump’s chief of staff, played a significant role in discussions regarding the protests ahead of Jan. 6.

One of the planners said “Meadows was 100 percent made aware of what was going on,” adding that he was “a regular figure in these really tiny groups of national organizers.”

The sources also said concerns were raised to Meadows that the “Stop the Steal” protest could turn violent.

Meadows has been subpoenaed by the Jan. 6 panel. The committee said he is, “so far, engaging with the Select Committee.”

Rolling Stone reported that Gosar floated the possibility of a “blanket pardon” that could be available for those planning the protests, with one of the two sources saying that “our impression was that it was a done deal.”

“That he’d spoken to the president about it in the Oval … in a meeting about pardons and that our names came up. They were working on submitting the paperwork and getting members of the House Freedom Caucus to sign on as a show of support,” the source added.

The source said Gosar offered “several assurances” about the pardons.

Gosar’s office did not immediately respond to a request for comment from The Hill and did not comment for the Rolling Stone piece.

Greene’s office responded to Rolling Stone’s report in a statement to The Hill, contending that the congresswoman and her staff were solely focused on objecting to the certification of the Electoral College vote and “had nothing to do with the planning of any protest.”

Her office also pointed to Democratic lawmakers who “tried to prevent President Trump’s election win from being certified.”

“No one cares about Jan. 6 when gas prices are skyrocketing, grocery store shelves are empty, unemployment is skyrocketing, businesses are going bankrupt, our border is being invaded, children are forced to wear masks, vaccine mandates are getting workers fired, and 13 members of our military are murdered by the Taliban and Americans are left stranded in Afghanistan,” her office added.

The Hill has reached out to Meadows and the GOP lawmakers mentioned in Rolling Stone’s report for comment.

The two sources the magazine that they have informally been in contact with the panel thus far but that they intent to testify in a public setting.

“I have no problem openly testifying,” one organizer told the magazine.

The Hill reached out to the Jan. 6 select committee for comment.

Over 96% of Tyson Employees Vaccinated Against COVID-19, Officials Say 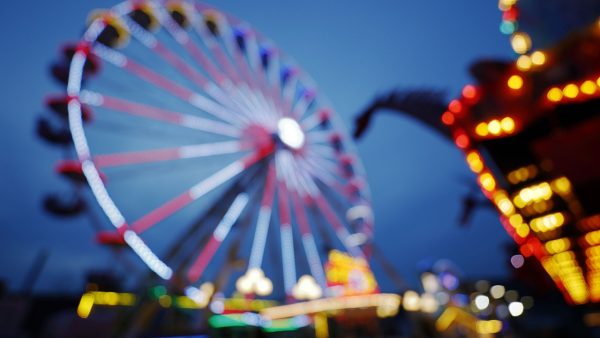 NORTH LITTLE ROCK, Ark. – If you are looking for a fun time going into the weekend, the Pulaski County Fair is back in the Little Rock metro this week.

North Little Rock is hosting its 2nd annual fair at the Riverfront Park in North Little Rock. The fair hours Wednesday through Friday will be 5:30 p.m. to 11 p.m. On Saturday and Sunday, it will open at noon and close at 11 p.m.

Fair-goers will be able to enjoy Hip Hop Night Thursday and participate in a pie contest the following Sunday. Other activities include rides, games and talent contests.

Adult admission is $5 and children 12 and under will have free admission.

For more information on ticket purchase and activities, visit ThePulaskiCountyFair.com.

FAYETTEVILLE, Ark. (KNWA/KFTA) — On May 25, Judge Timothy L. Brooks called a recess in the Western District of Arkansas Federal Court shortly after 11:30 a.m.

Nearly the entire morning session of Joshua Duggar’s sentencing hearing was spent addressing a list of objections the defense made to a pre-sentencing report submitted to the court. The prosecution had one objection, which was addressed before today’s hearing.

The defense had 21 objections, and the morning proceed with the judge addressing many of them. Several objections about sentencing enhancements were overruled, others were sustained, and a handful of them were tabled until later in the day.


‘No merit,’ says federal judge in denying Duggar’s motion for a new trial

Some of the judge’s rulings on certain objections also rendered others moot, seeing some of the 22 items withdrawn. The judge also vacated one of Duggar’s convictions as a lesser charge, which he had previously noted he would do when Duggar was found guilty in December, 2021.

The judge sided with the defense on the matter of whether Duggar “did knowingly engage in distribution” of illegal child sexual assault materials. At issue was the peer-to-peer file sharing software Duggar used, which is how his activity was first discovered by an undercover Little Rock police officer.

Ultimately, the judge found the passive nature of the software, which cannot turn file sharing ability on or off, to be enough to sustain the defense’s objection.

Another matter that has been disputed by both sides in sentencing memorandums pertains to the total number of images Duggar downloaded. The defense has maintained that the number is “127 at most,” while the prosecution has stated that there were over 600.

Today, the judge clarified the importance of this difference, noting that the defense’s total would result in a two-level sentencing enhancement, while the prosecution’s higher number would increase that to a five level enhancement.


‘Josh didn’t choose this life’: Duggar’s wife, mother, and others write letters to judge pleading for leniency in sentencing

A good deal of time was spent trying to calculate an exact total, with the judge ultimately deciding that it was impossible, partially due to the presence of some files being located in unallocated space on Duggar’s computer. Judge Brooks added that each video counted as 75 images in this total.

“The Court gets to 525 images very easily,” he stated, before settling on an unconfirmed total of 590. He acknowledged that there may be more than 600, but for sentencing purposes he limited the enhancement to four levels.

Two defense objections pertained to what the court called Duggar’s “Ashley Madison scandal,” and the judge ruled that his confessions about infidelity before the trial and his own words about having a pornography addiction were “relevant in several respects.”

Judge Brooks will rule on the remaining objections and subsequently begin addressing the final sentencing guidelines this afternoon, beginning at 12:10 p.m. 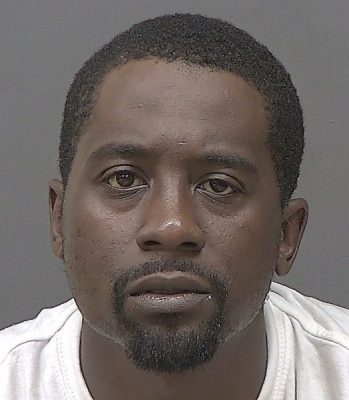 Norwich police on Wednesday, with the aid of the U.S. Marshal’s Service, arrested the suspect in a Feb. 8 home invasion.